A renegade sect of the Gnaddenhuetten Amish has responded to President Bush's call for enhanced homeland defense in the face of mounting Afghan aggression, and formed a militia in the heart of Ohio's tranquil rolling farm country. Under the guidance of sect elder and newly commissioned General Amos Yoder, the group has amassed an impressive array of armaments and fortifications within the Gnaddenhuetten Township limits. In recent weeks this Ohio reporter has watched with growing alarm at the rapid militarization and armaments build-up in this once placid community.

On Thursday the Amish sect began a series of war games in an effort to both demonstrate their true military might, and send a clear message to Ossama bin Laden that "We may be plain, but were not patsies."

Particularly impressive was the display of Amish adaptive technology with respect to armaments. The war games marked the debut of the state-of-the-art M17 Schumacher Assault Buggy - boasting an impressively powerful 18mm canon which vaporized an entire dairy farm in one blast.

The M-17 Schumacher Assault Buggy takes out an Enemy Bunker

Some may think it's difficult to hide all of the necessary gear and equipment but remember, the Amish have been building barns for generations. Almost everyone in Gnaddenhuetten has at least two.

Historically, the Amish have relied on cheerful teamwork to help each other. This dates back to the early days of pressing apples to make enough cider for the entire community and offering skills and knowledge to improve simple machines, the life bread of the Amish. No one emulates this team spirit better in the town of Gnaddenhuetten than General Yoder's grandmother, Liza. Liza Yoder, a long-retired butter-churner and quilter, has never been one to shirk at hard work. Not only did she build her own assault vehicle,

but she has been involved in covert missle deliveries 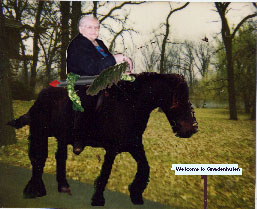 and is at the ready with assault rifle concealed in bosom at all times. 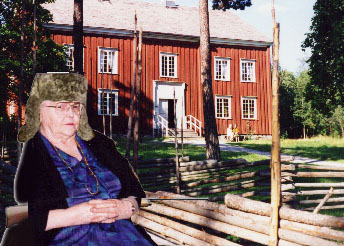 As a leading producer of tallow, Gnaddenhuetten is the US military's primary supplier of axle grease and soap.

Mensch Freborg is a metalurgist, scientist and occasional contributor to TheSnooze. His commentaries range from factual articles about the History of Germans in Science and the Arts to heated opinionated debates. He also plays the zither.

Home
Read More from the Archive